And just like that, I have a new favorite show. Maybe it’s the Brown Sugar Oat Milk Shaken Espresso I just downed, but after two hours of binge-watching the newest adventures of Carrie, Miranda and Charlotte, I’m on a total high. I don’t want to give any spoilers, so instead I’ll just talk fashion—starting, appropriately, with what everyone wore to the And Just Like That premiere.

When you’re starring in a show that’s all about fashion, it’s important to play the part, even when the cameras aren’t rolling. Luckily, everyone in the reboot seems to have understood the assignment, as the entire cast showed up serving main character energy, no matter their actual role.

And dare I say, our three leading ladies each took a nod from their iconic characters when selecting their premiere looks! Sarah Jessica Parker’s dress featured just a hint of pink tulle skirt, no doubt a nod to Carrie’s iconic SATC intro ensemble.

But why would I tell you about all the looks when I can just show you instead! Read on for the very best red carpet slays from the And Just Like That premiere. By the looks of it, we’re in for a very fashion-forward first season. 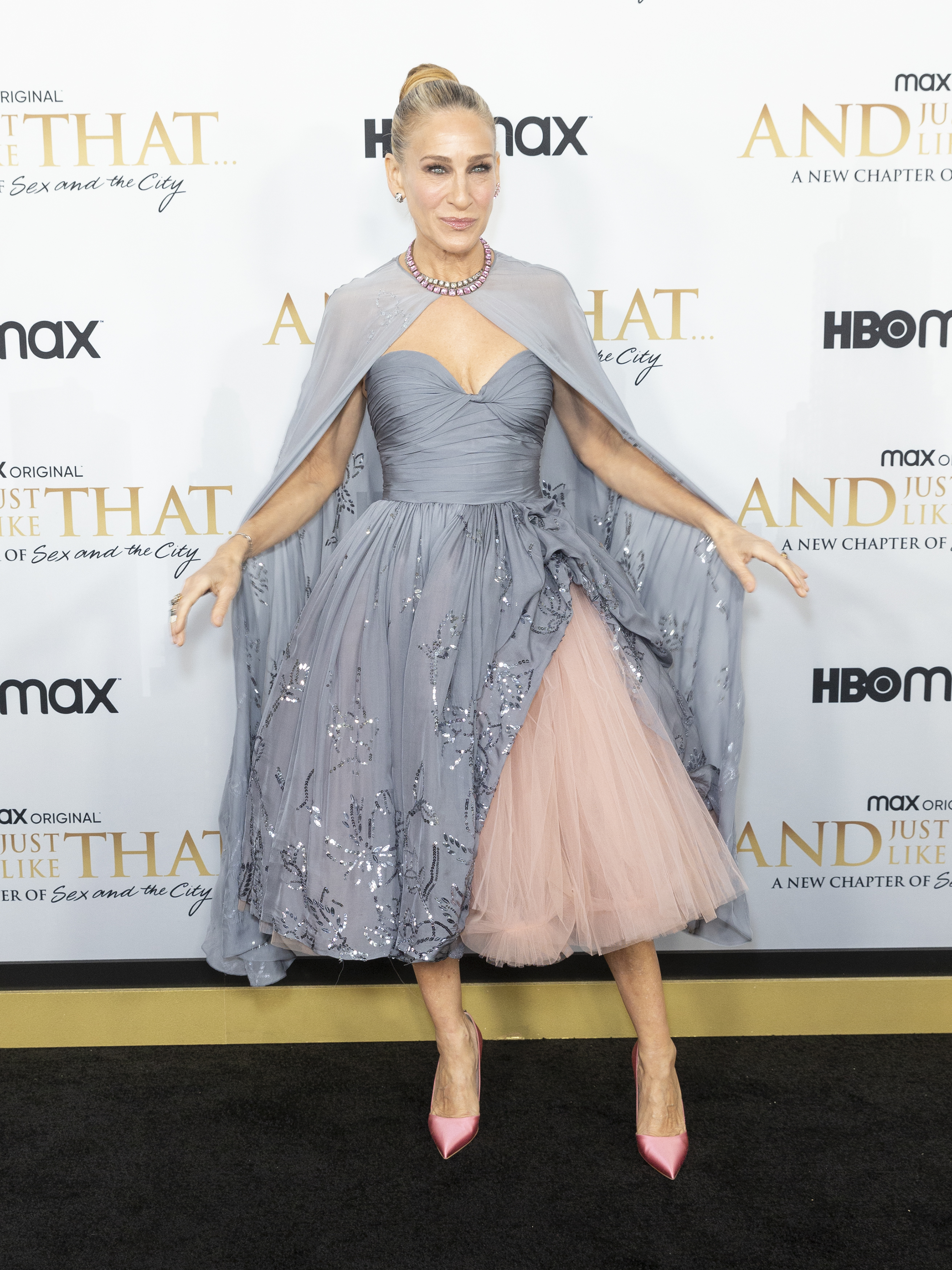 Ever a lover of Oscar De La Renta, SJP showed up and showed out in this embellished gray chiffon number, complete with matching cape and pink tulle underskirt as a nod to Carrie. 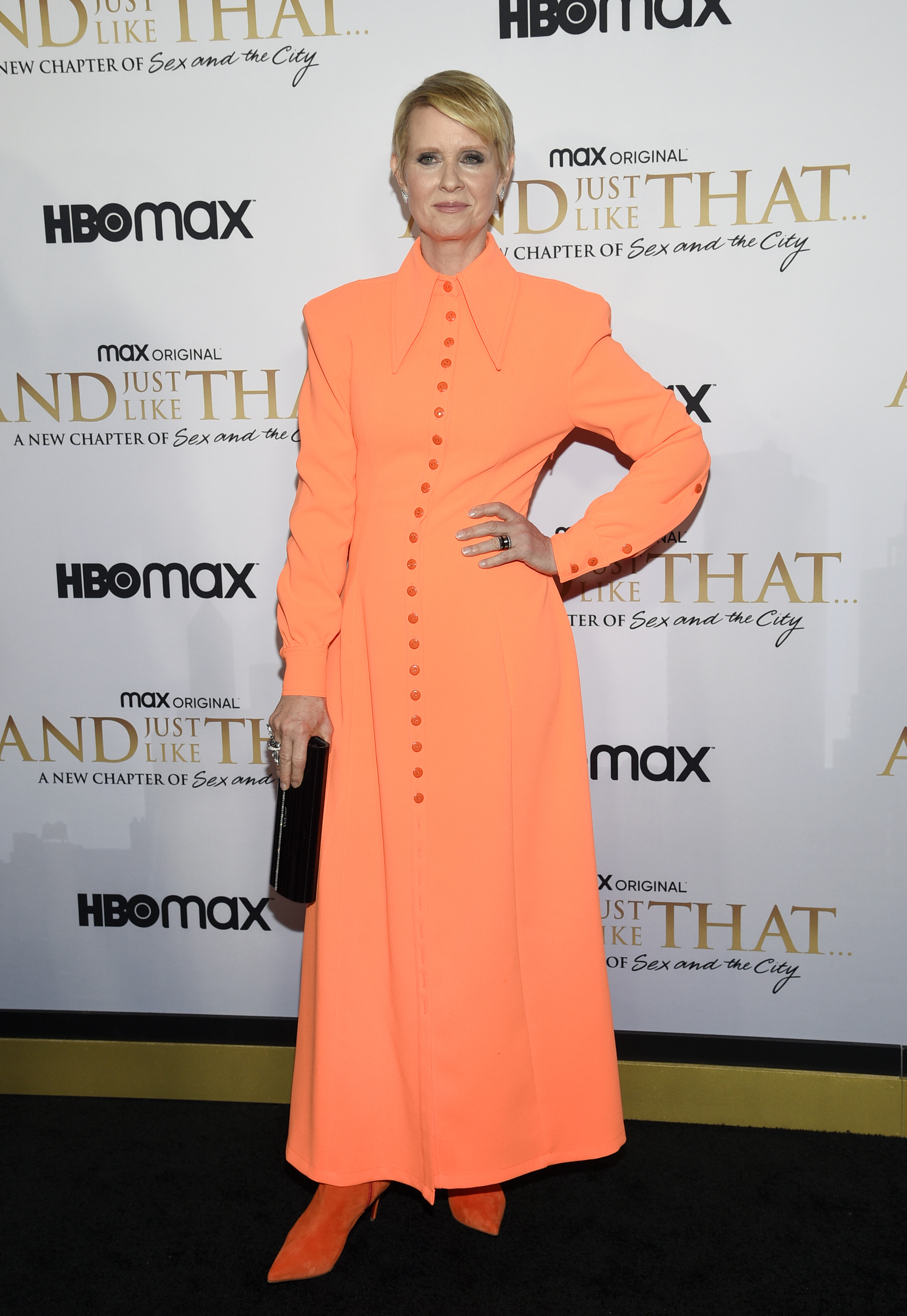 Can I get a slow clap for Cynthia Nixon in this ridiculously chic Christopher John Rogers number? The matching shoe really takes it over the top. 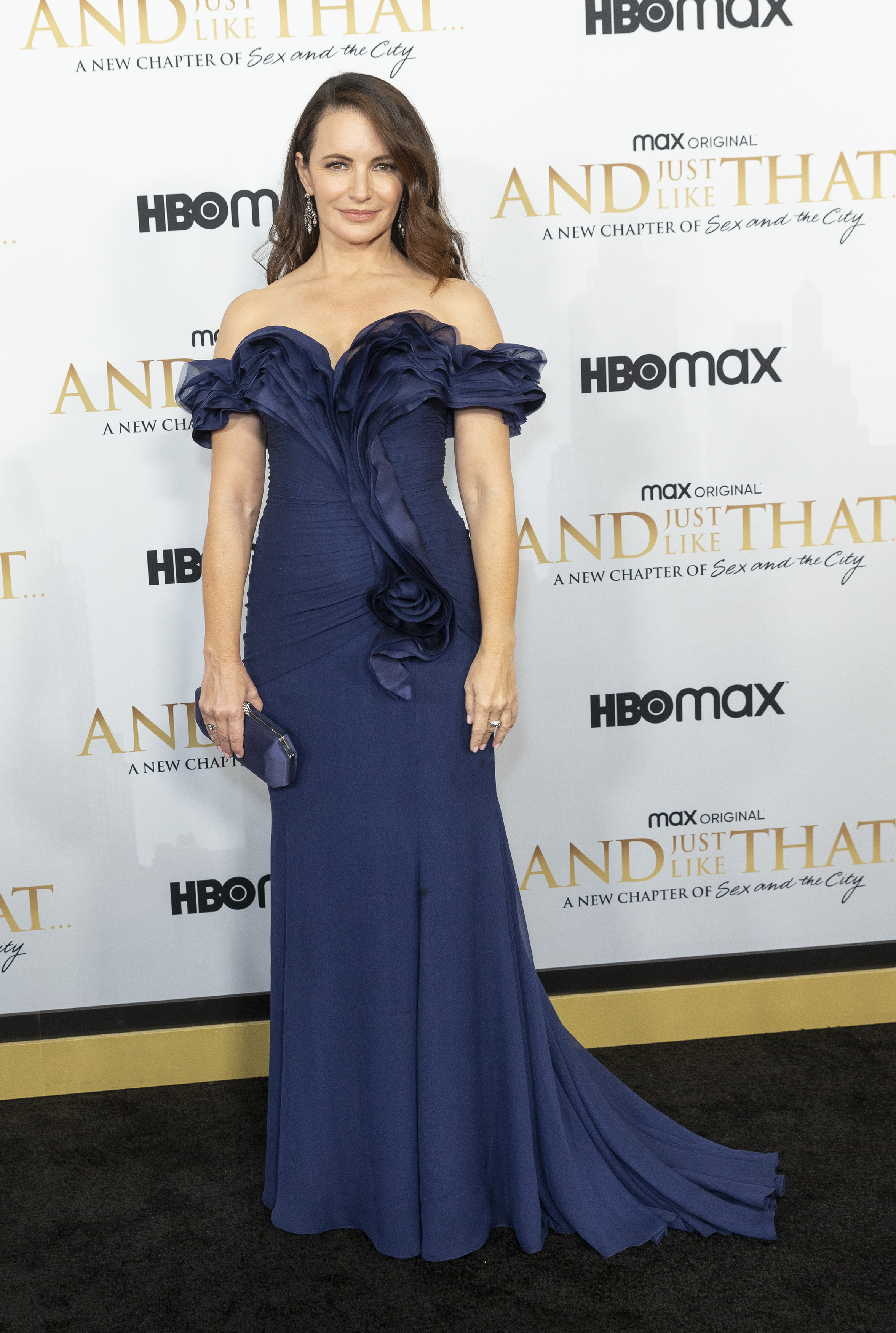 It’s a known fact that at least one cast member has to serve Old Hollywood glamour at a premier, and Kristin Davis in Jason Wu  understood the assignment! 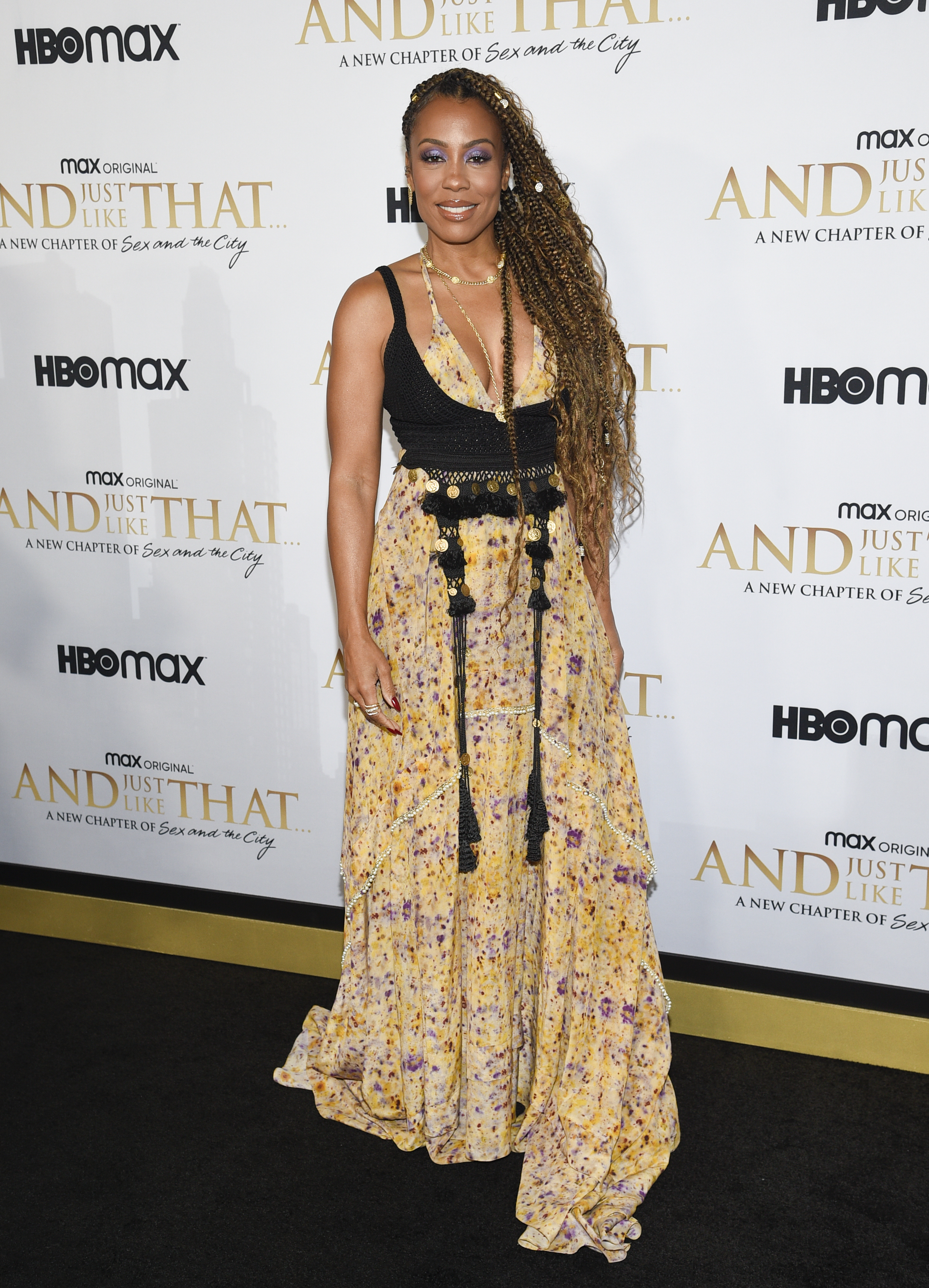 Pittman plays new character Dr. Nya Wallace, and her boho Altuzarra dress certainly stood out in a great way on the carpet. Yellow is definitely her color! 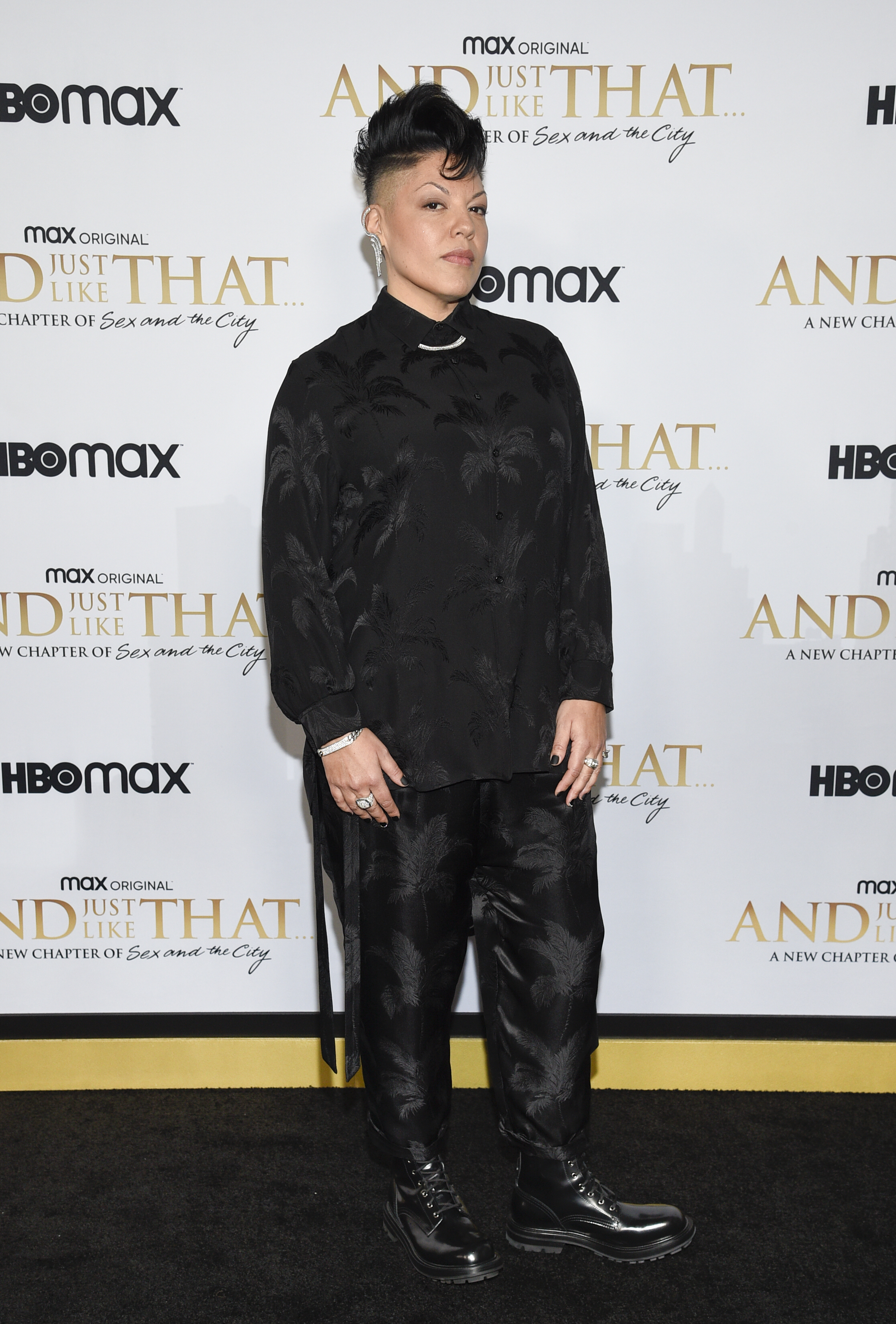 Ramirez’s Che is already one of my favorite characters in the new series. To the premiere, they sported a unique monochrome black two-piece set with a tonal floral print for a bit of added texture. 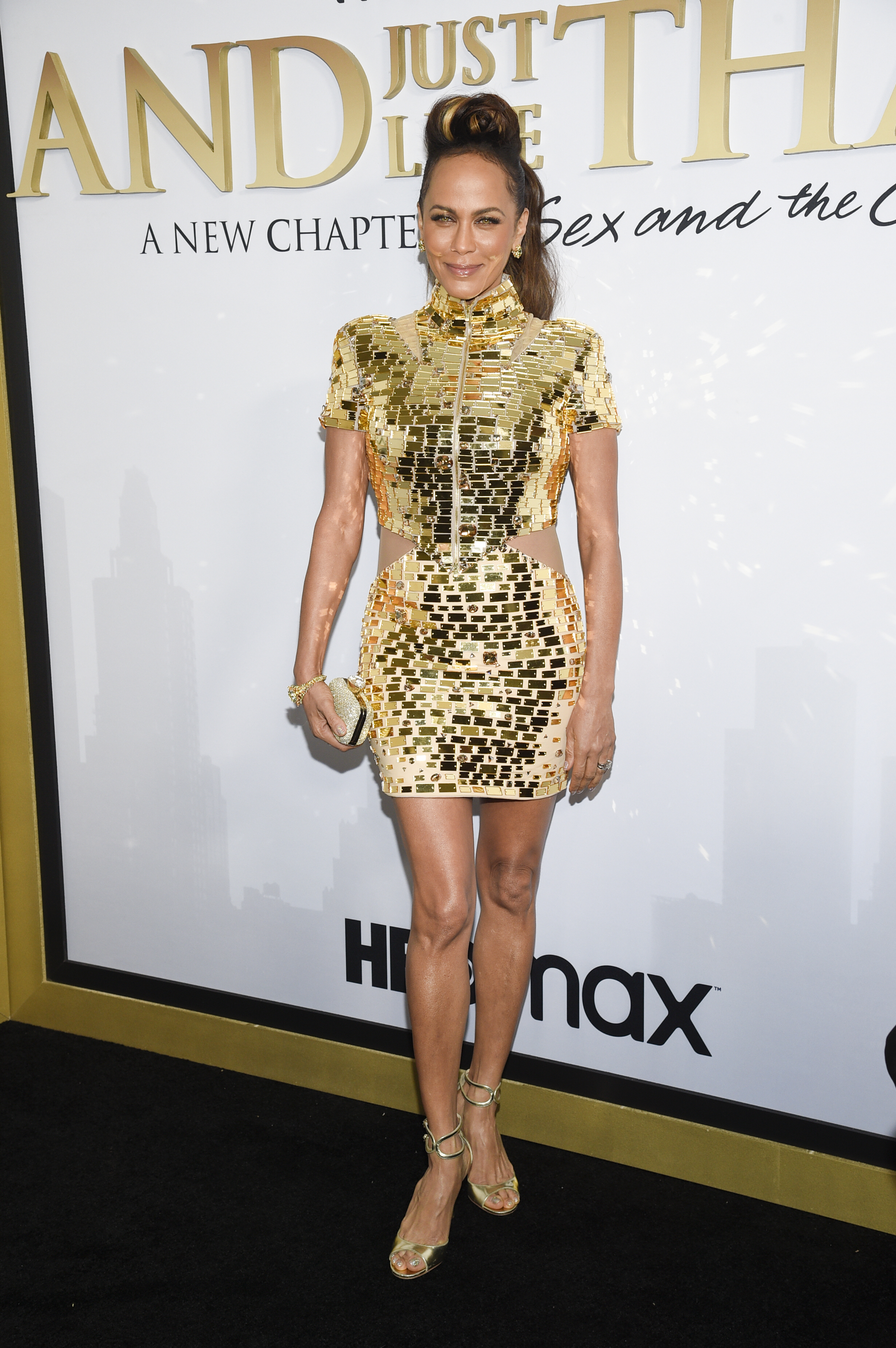 I’ll never say no to a metallic mini on the carpet, and Parker really nailed this ODLR moment. The cut-outs at the midriff? Swoon. 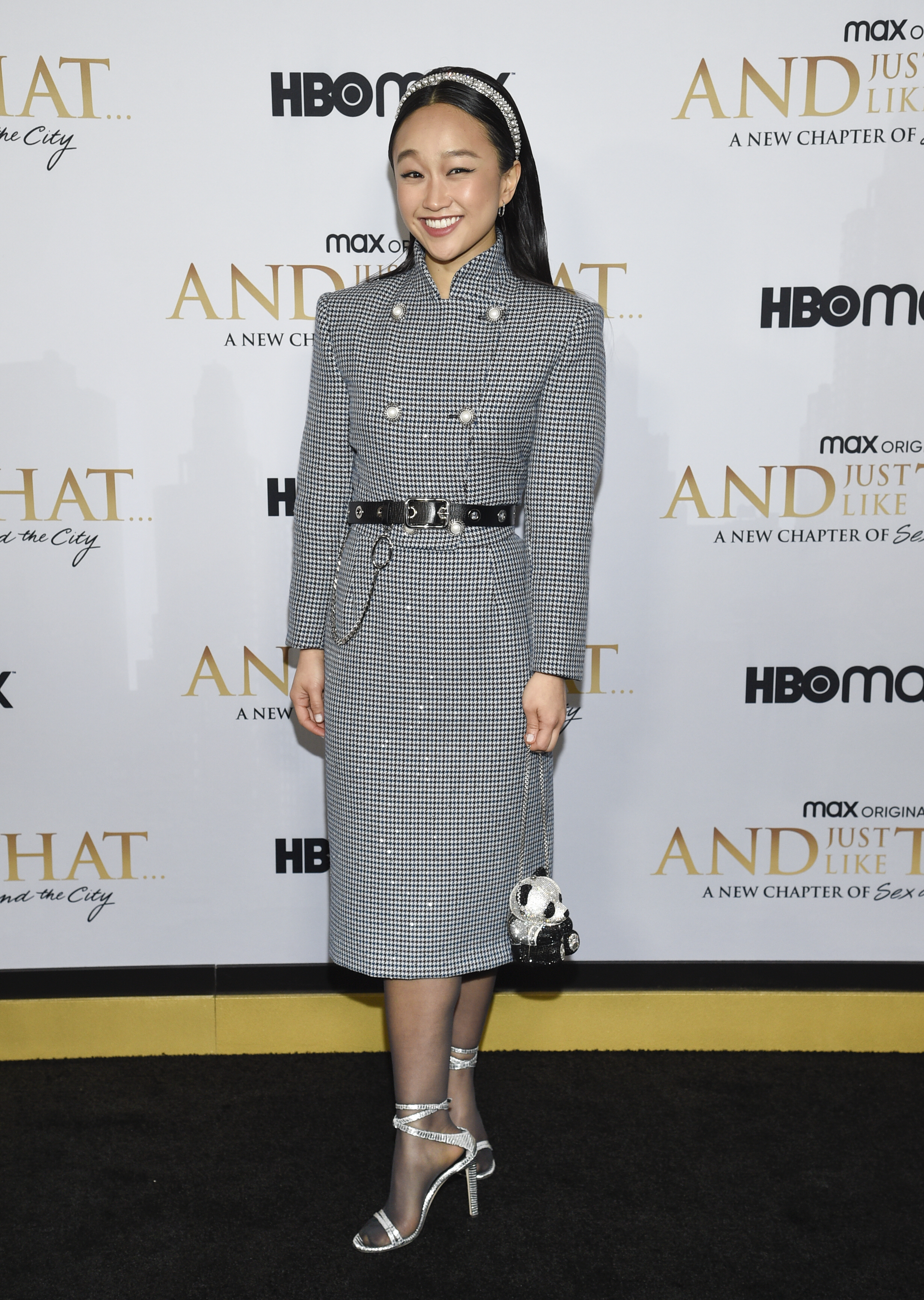 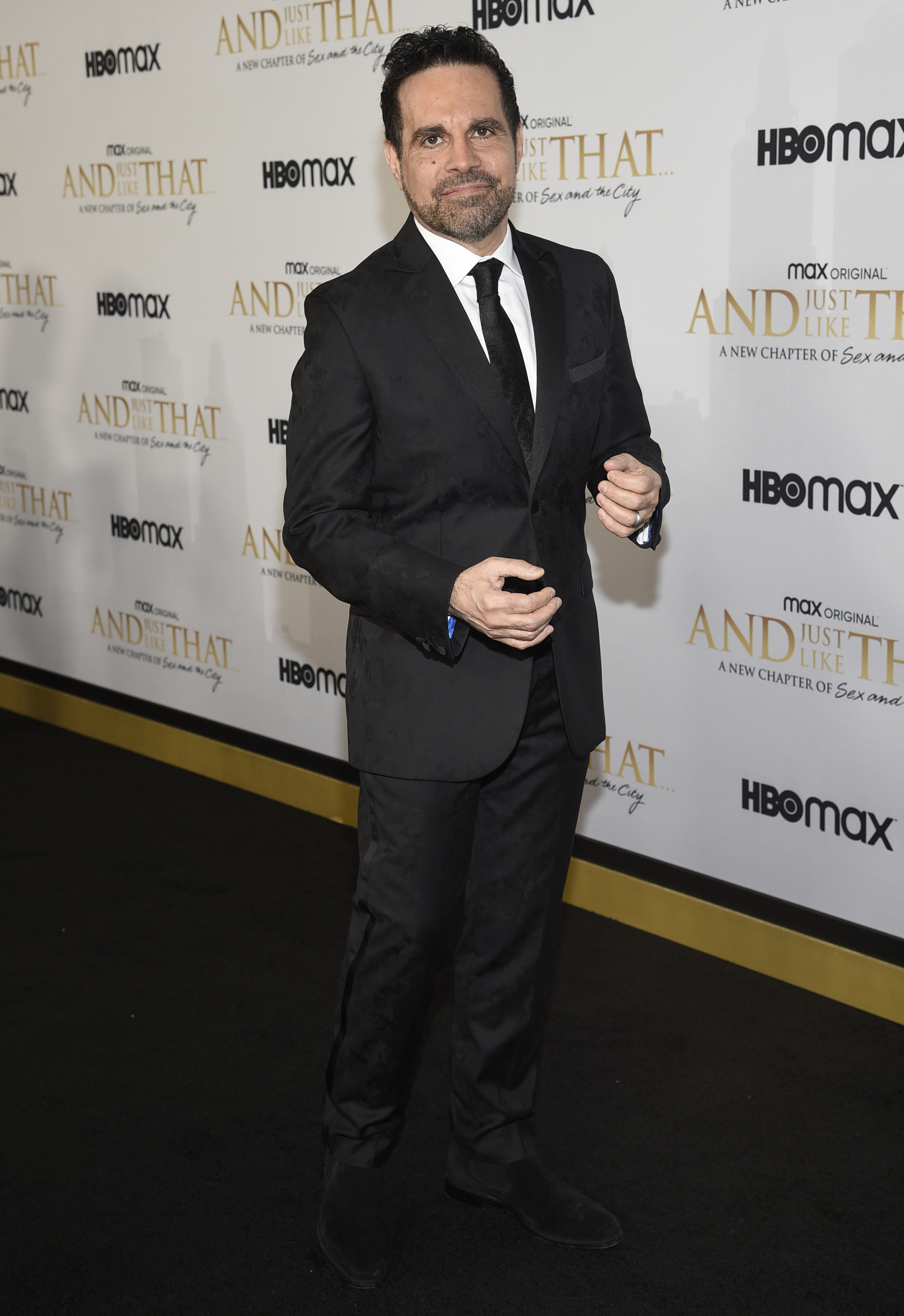 The men of the show looked fabulous too, of course! Mario Cantone wowed (and payed a special tribute to the late Willie Garson, his partner on the show, on Instagram). 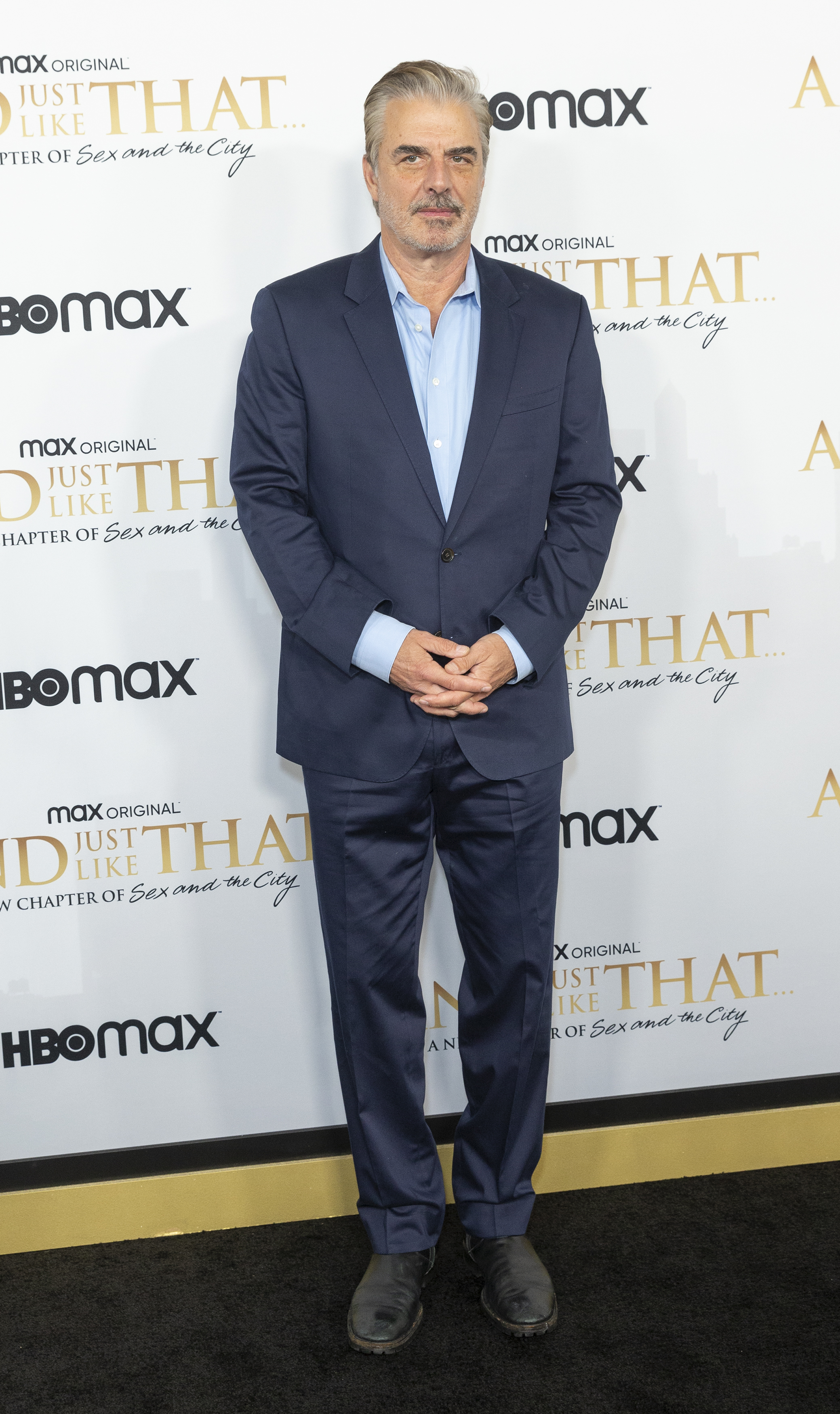 Mr. Big was always one for a suit in the OG series, and even though he favors a more laid-back look (cough, a navy polo) in episode one of the new show, Chris Noth proves he’s still got it in this navy blue suit. 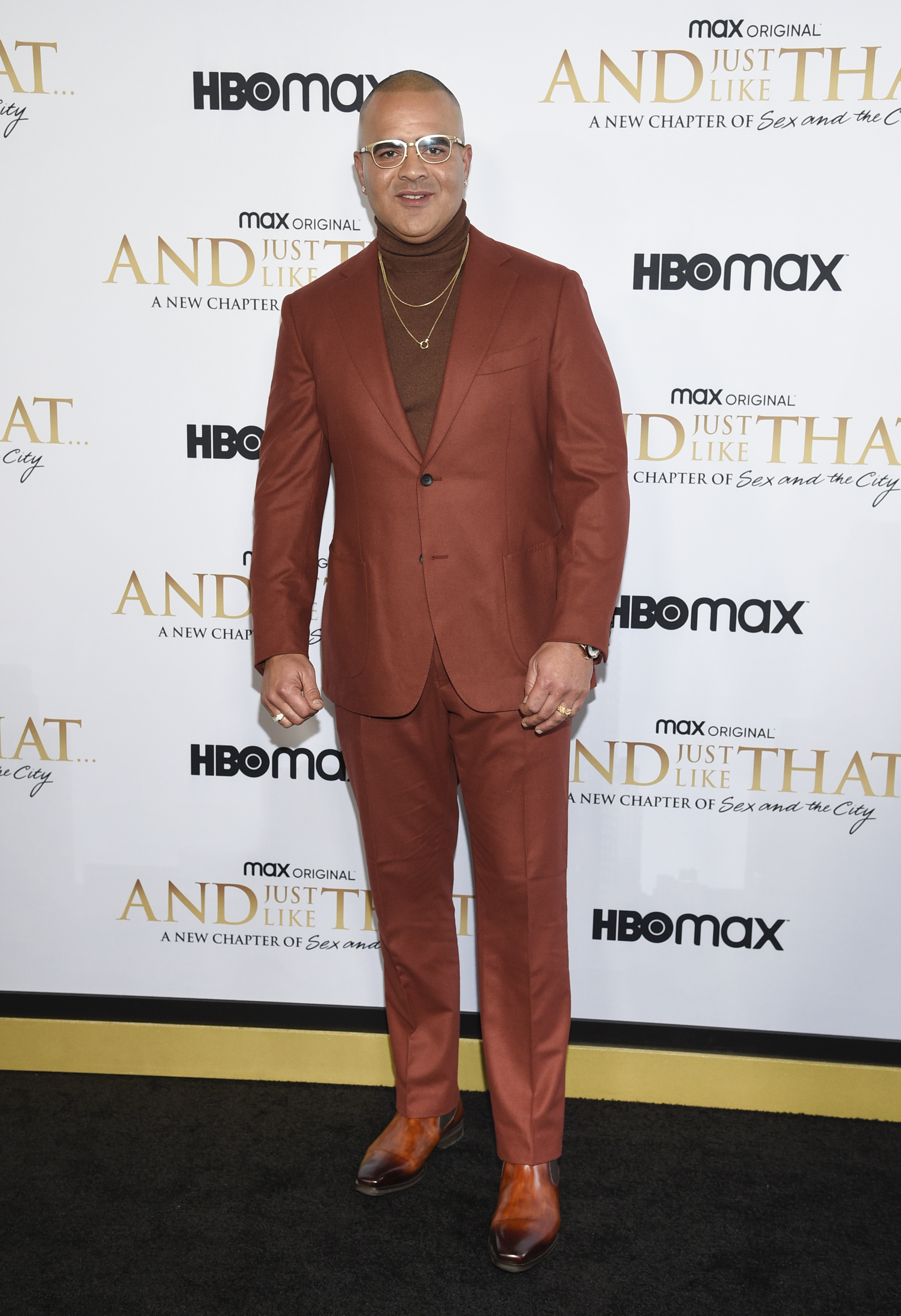 Chris Jackson is one of my favorite actors (Hamilton stans, WYA?) and he did not have to go this hard, but I’m so glad he did. It’s the turtleneck and the glasses for me! 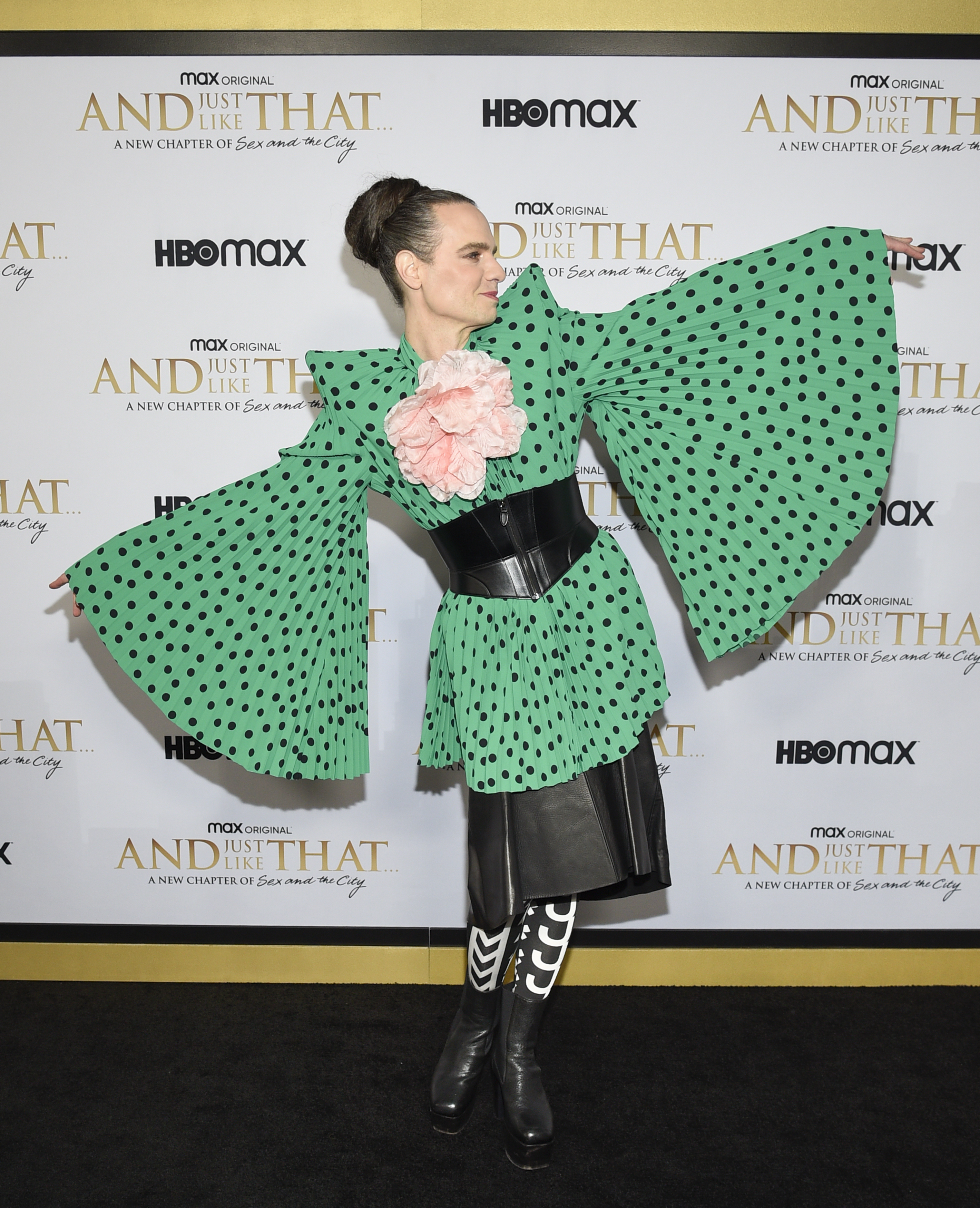 This list wouldn’t be complete without Jordan Roth, who wore a bevvy of fun pieces to the premiere. Peep the green polka-dotted Balenciaga top, the Gucci flower (very Carrie), and the Marc Jacobs pants peeking out from underneath it all. 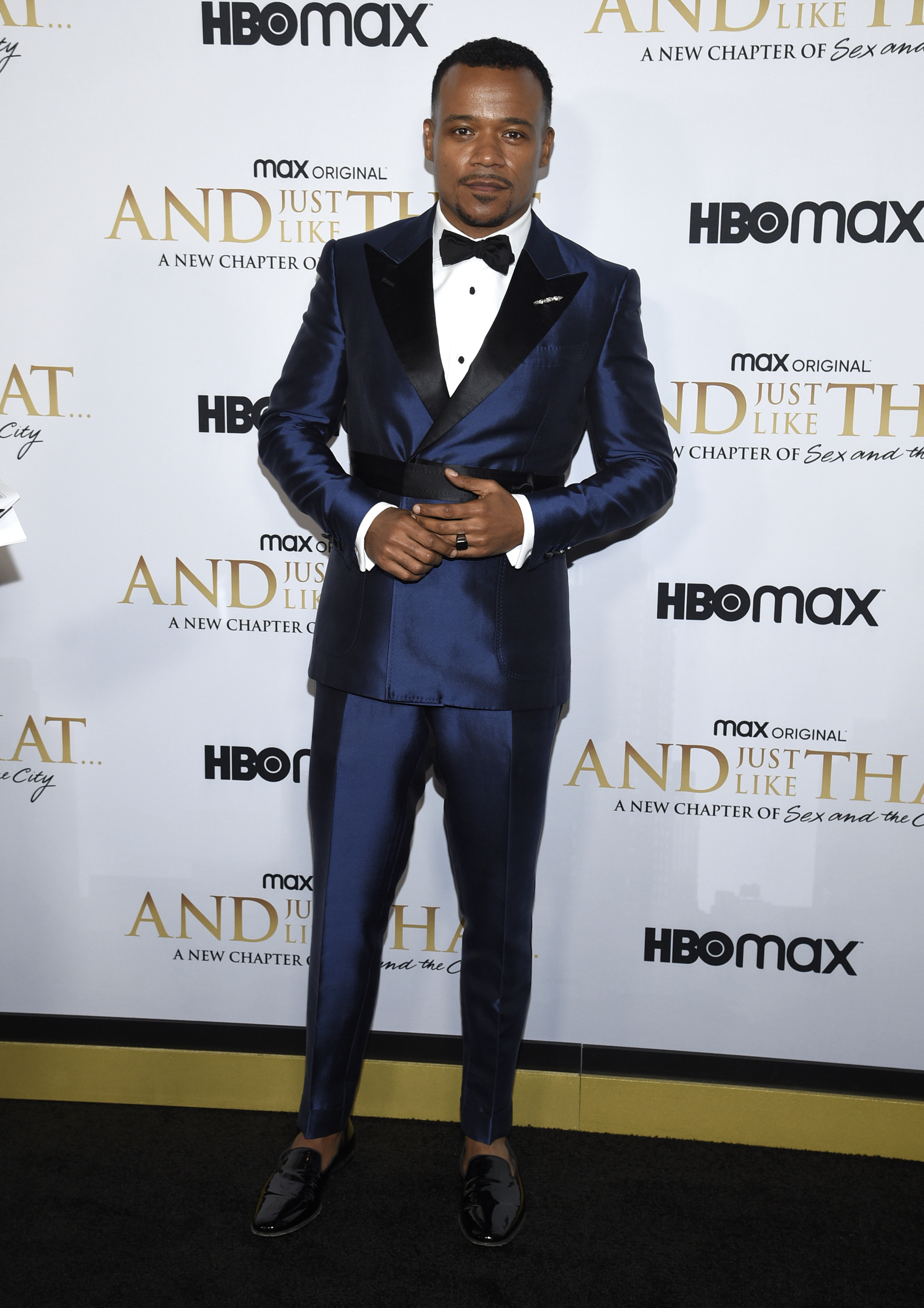 Perhaps the most dapper dresser of the night, Leroy Mclain looked impeccable. What can I say? A man in a bow tie and a great loafer will always get a round of applause from me. 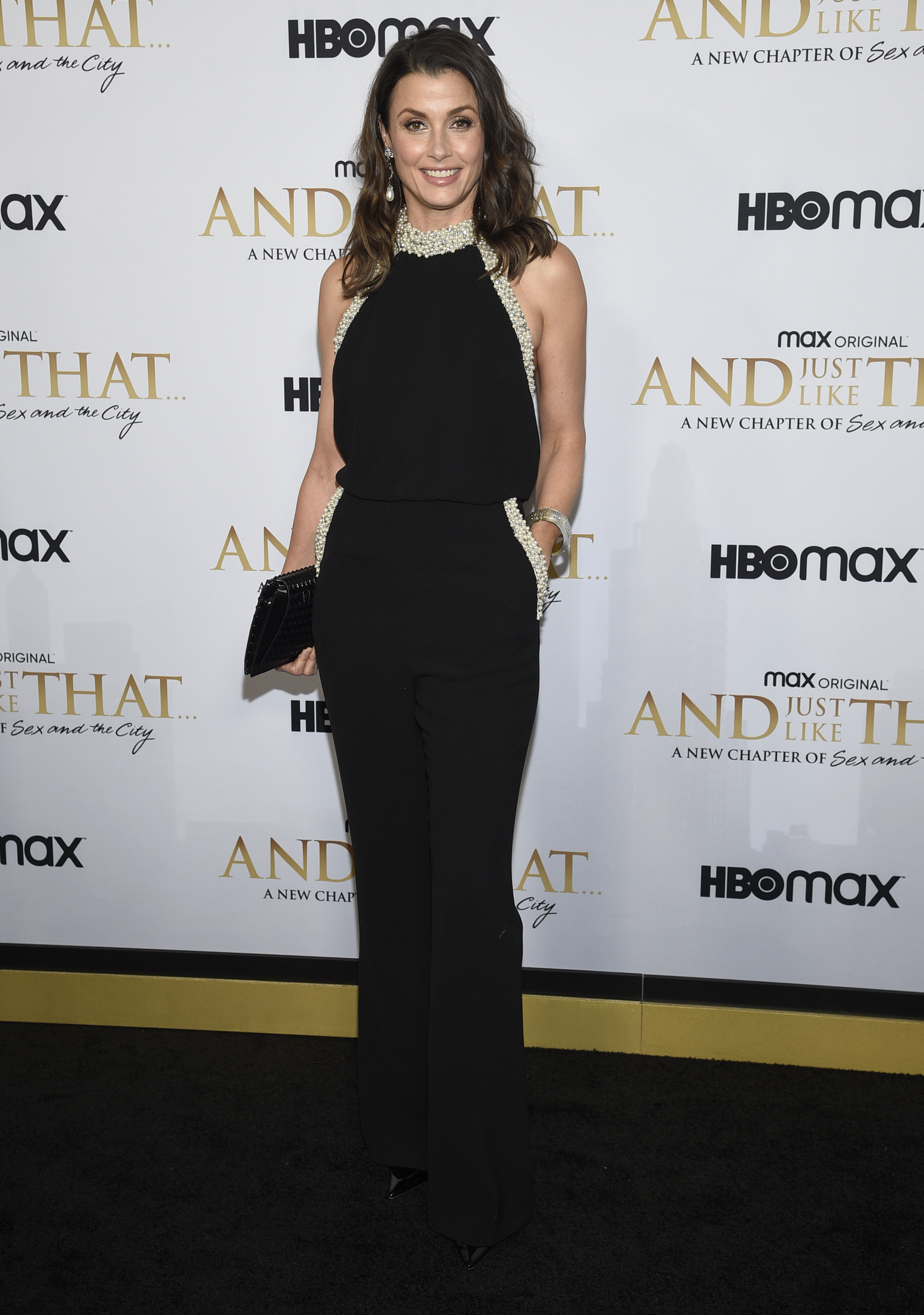 Spoiler, Natasha is not in the first two episodes of And Just Like That, but Bridget Moynahan’s gorgeous black high-neck gown tells me this won’t be the last we’ll see of her! 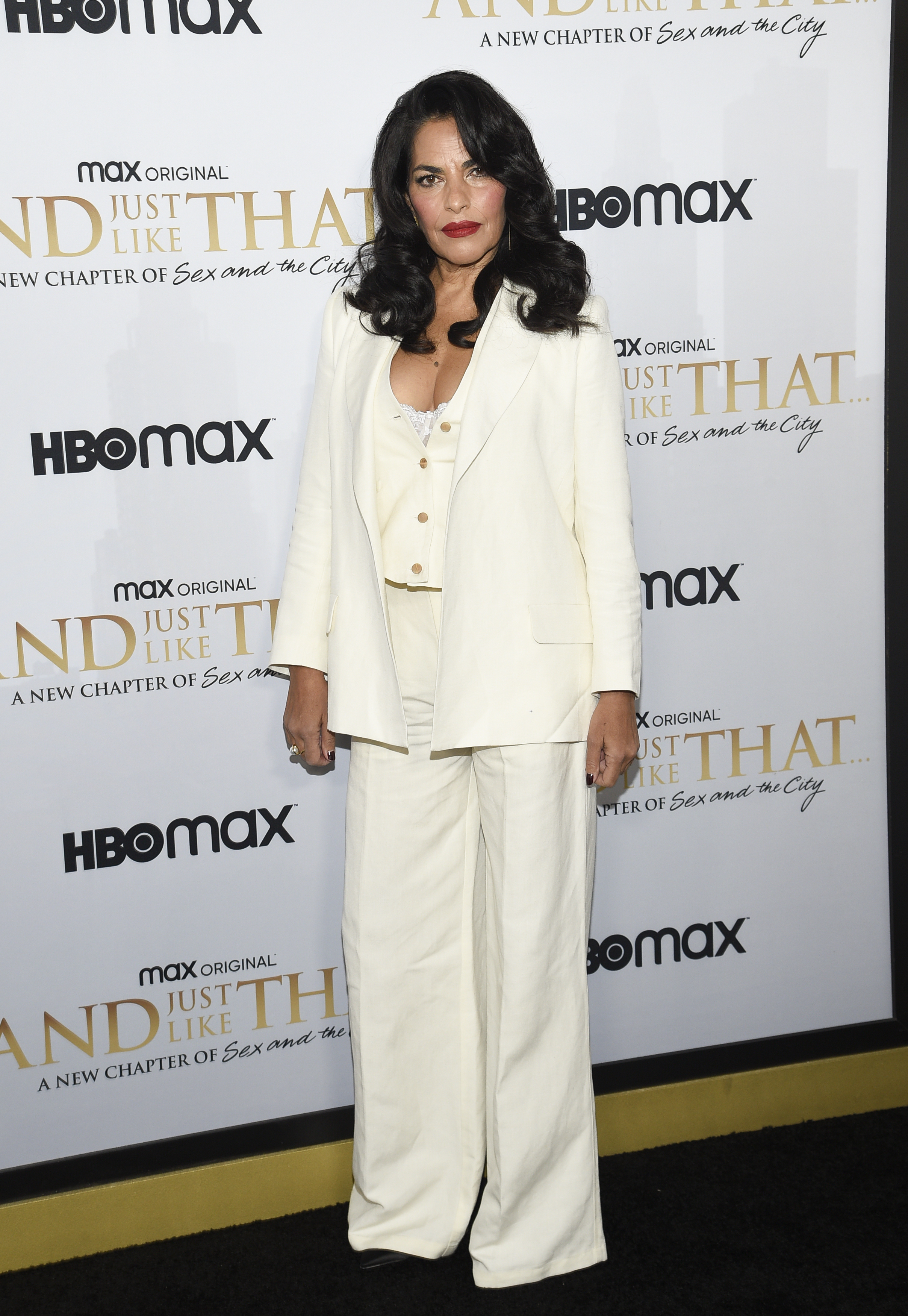 A vision in white, Sarita Choudhury immediately landed a spot on my Best Dressed list after rocking this white-hot three-piece suit. 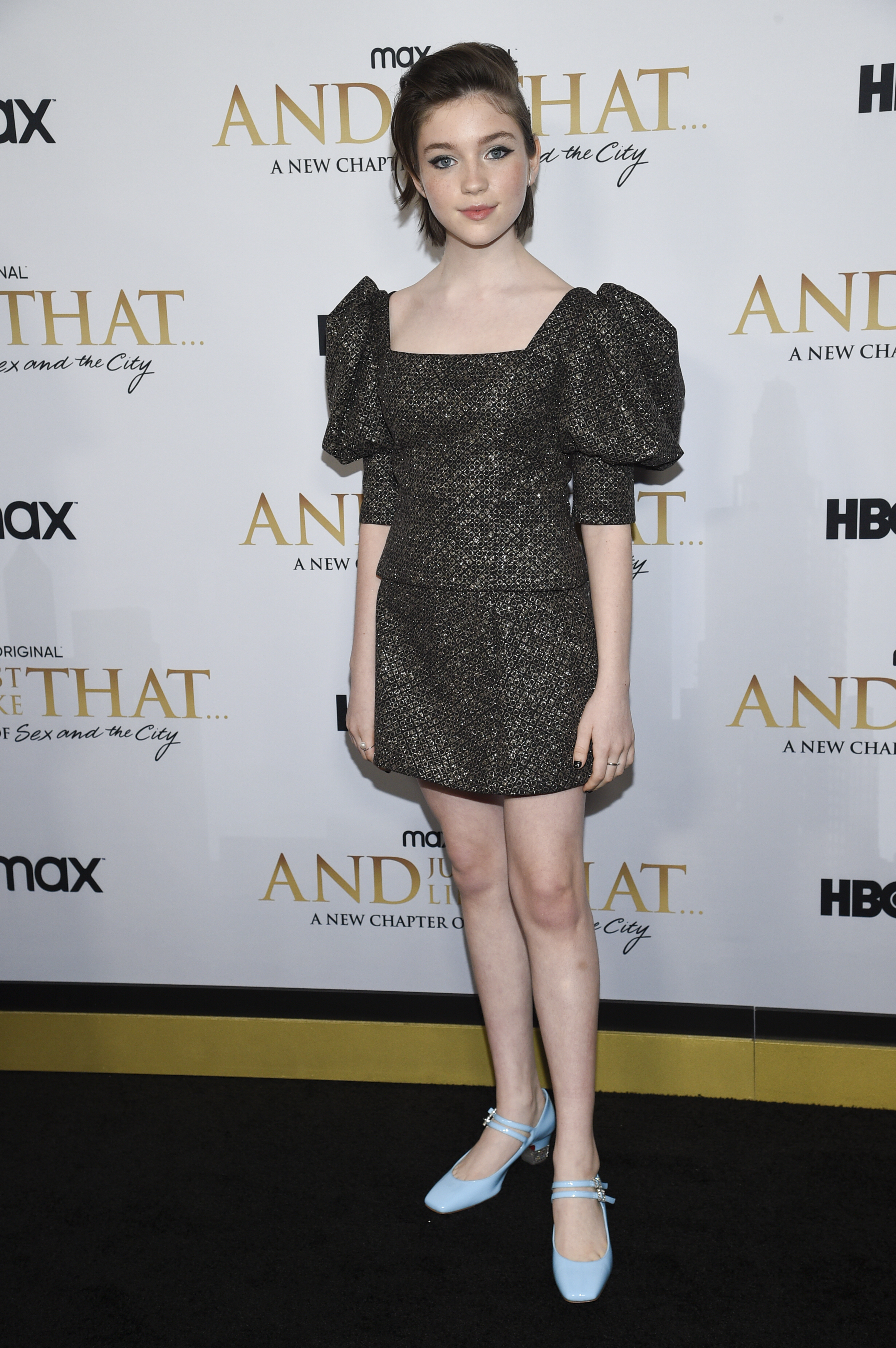 Alexa Swinton’s character Rose has a ~unique~ sense of style on the show. On the carpet, Swinton shows off more traditional taste with a puff-sleeved sparkly skirt and top. Oh, and some baby blue Mary Janes, perhaps as a nod to her character’s bolder sartorial preferences. 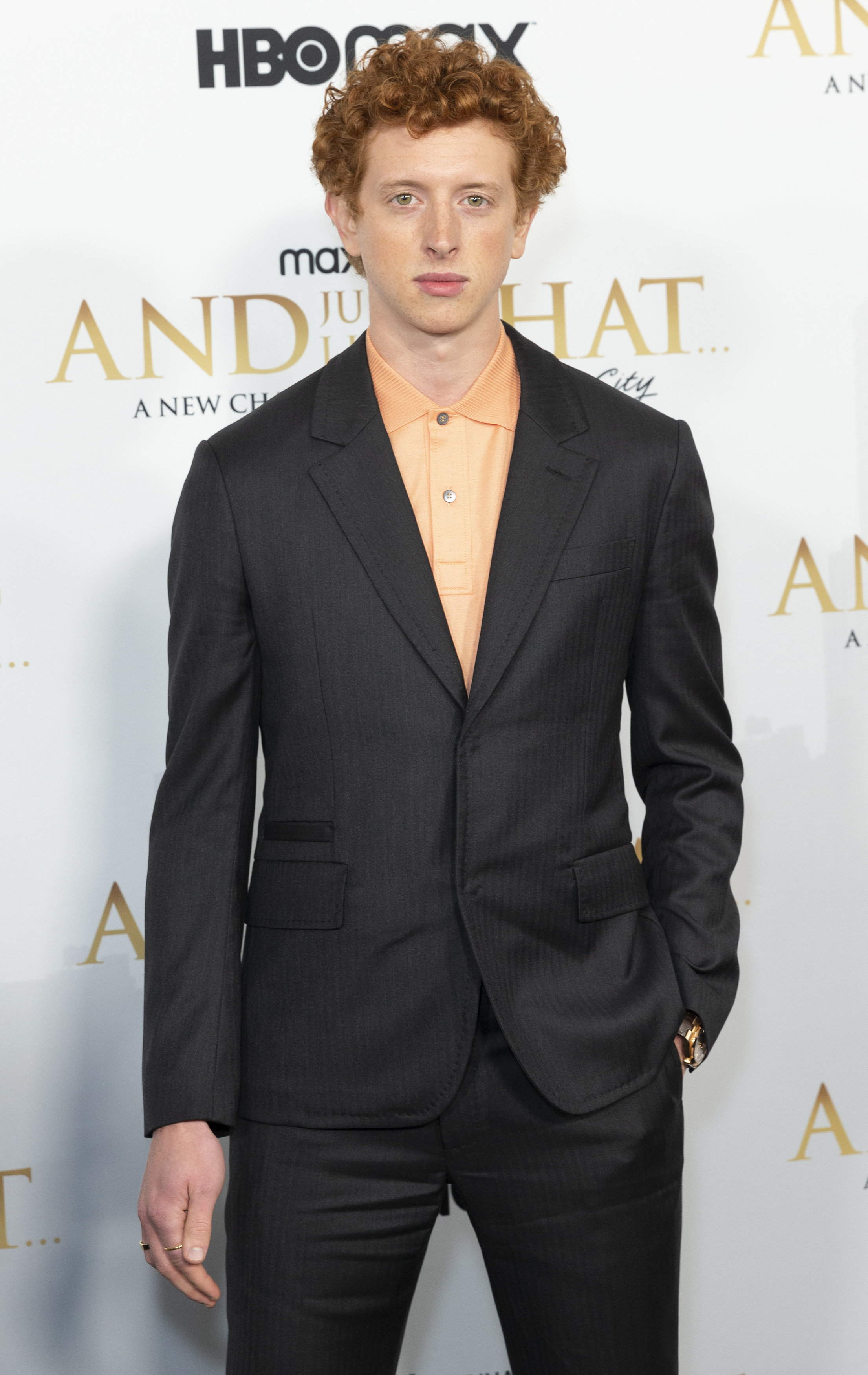 At first glance, I thought Niall Cunningham was shirtless underneath his suit—I mean, we do see him shirtless pretty often in his role as Brady, who is in a hot-and-heavy hook-up phase with his girlfriend. Niall, DM me. I have questions about this orange polo situation! 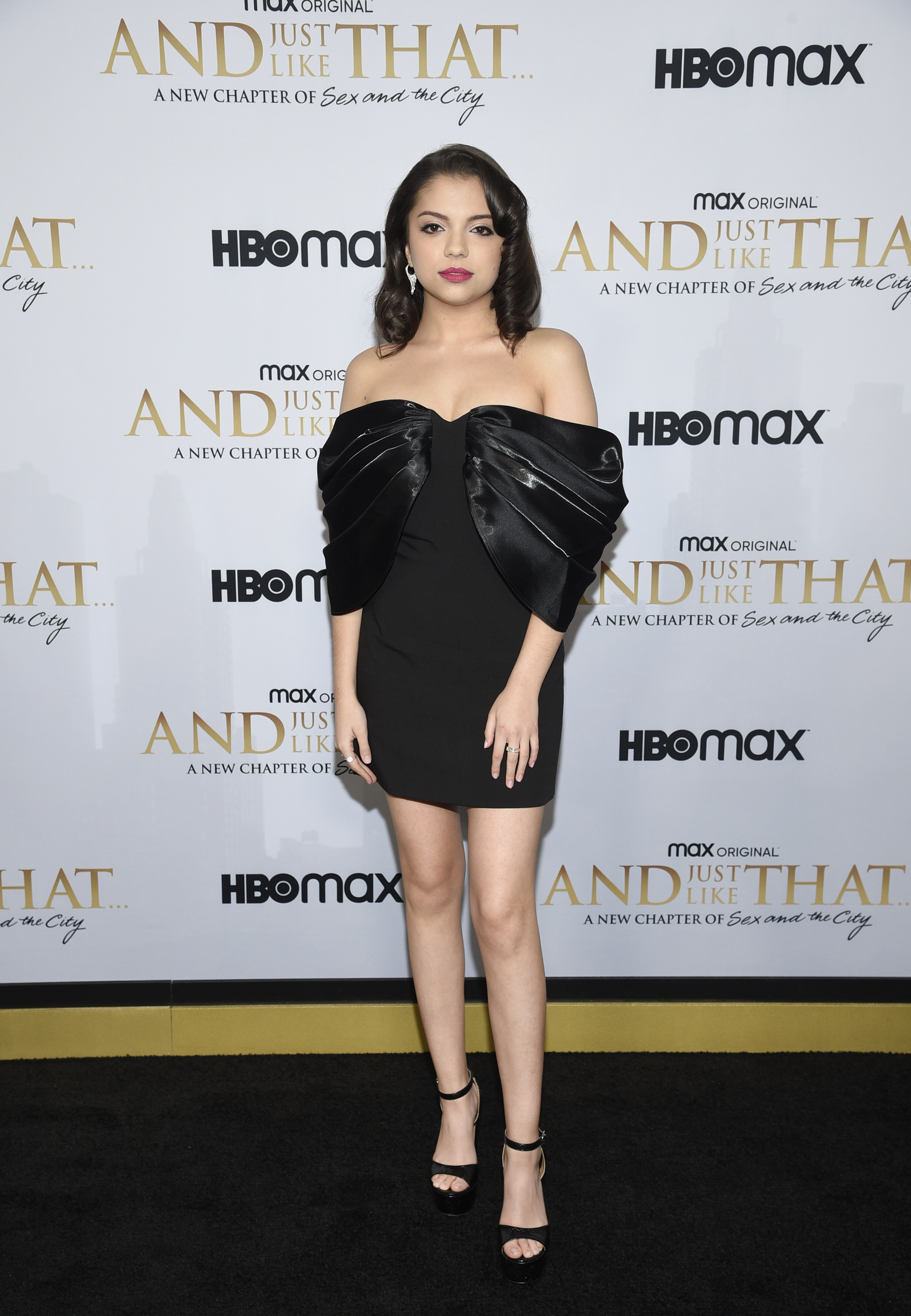