10 New Albums That Stand up for Common People 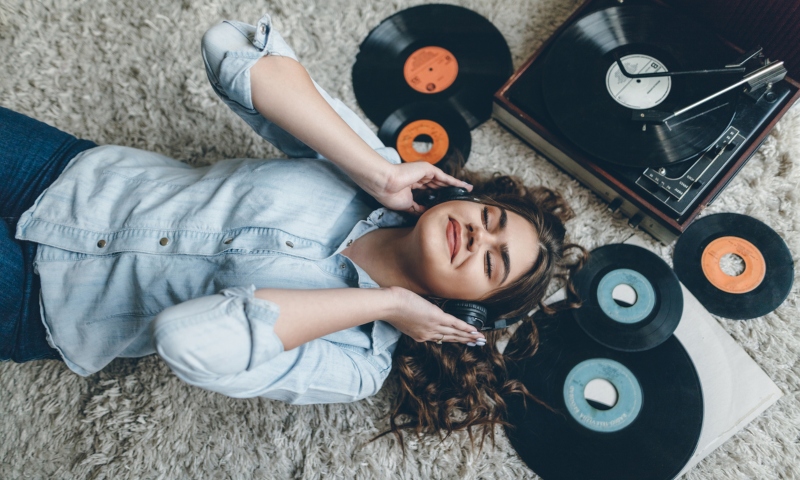 Do you think there’s no good protest music these days? So did I, until I started looking for it. The truth is, it’s always been out there – it’s just a bit difficult to find. Every month, I search it out, listen to it all, then round up the best of it that relates to that month’s political news. Here’s the round-up for April 2022.

1. UNSANITARY NAPKIN – ALL BILLIONAIRES ARE BASTARDS

On April 1, Amazon staff in New York City won a historic ballot to form a union. The move came despite CEO Jeff Bezos’ “racist” attempts to smear the organisers. A week earlier, New Zealand punks Unsanitary Napkin released their album, which takes aim at the likes of Bezos, who features on the artwork. On the title track, they rage: “Union-busting billionaire, plutocratic profiteer, reading books by Iain Banks, while your employees’ welfare tanks.” They also take aim at Bezos’ rival, Elon Musk. The union-hating, nanny-employing, space-faring billionaire is facing lawsuits for racism and sexism at his Tesla factory. Sexist staff have been emboldened by his tweets such as his plans to start a university called “T.I.T.S.” where “Ds get degrees”. “Interstellar coloniser,” rage the band, “bratty little egoiser, talking like a freedom fighter, but who changes your baby’s diapers?” LISTEN>>>

Also taking aim at Bezos is radical US country singer Pink Williams, on his new album. On the track “Which Site Are You On?” he sings: “Come all you consumers who like to shop online, and listen to the tale of woe bankrolled on Bezos’ dime. The workers down at Amazon are fighting hard today. They wanna start a union for breaks and higher pay. When packages are piling up on the factory line, the workers piss in soda cans to make quota on time. Jeff Bezos doesn’t listen to his employees’ cries, he punishes the workers every time they organise. We won’t do our shopping on Amazon until, Jeff Bezos shows he gives a shit – but I don’t think he will.” And on “Ballad of The Appalachian Miners” he sings: “Mothers, sons and daughters saw rarely saw their paw, then the men were slaughtered by the union-busting law.” The album came as Australia defied protesters to expand more coal mines. LISTEN>>>

Also asking which side people are on is Linqua Franqa on their new album, released on April 22. The self-described “lunatic lady rapper” is also known as Mariah Parker, who was sworn in as a politician in Athens, Georgia, while placing their hand on a copy of The Autobiography of Malcolm X. On the song “Wurk”, they rap: “Here’s my ask for all my hominids: collective bargaining. Amazon and Target and Fedex and Walmart and Instacart and Whole Foods til we all get what we oughta get. Workers run the company, there isn’t any argument. So are you with them, are you in? Which side are you on? … What if they coordinated to address the sordid state of it in an organisation? Guess fucking what! That’s what organised labour does.” Three days after the album’s release, teachers in Australia announced they were following in the footsteps of local bus drivers and nurses by going on strike. LISTEN>>>

English activist Joe Solo also sings unions’ praises on his new fundraising album, Never Let Them Win. On “We Were Young” he sings: “Thatcher’s Britain taught me that I never would belong. Striking Miners showed me which side I was on. They could kick it in your head, but not into your soul. They had law and order, yeah, but we had rock ‘n’ roll.” On “Who teaches the Working Class about Socialism?” he sings: “Once there was a union, it was big and brave and bold. It taught the working man to fight, to stick and not to fold.” But he also has energising words for all the exhausted activists who feel like folding. “What would Joe Hill say?” he asks on his song about the famed protest singer. “What would Joe Hill say? He’d tell you to get up, and go find a way. That’s what Joe would say.” The album came as Australia’s government used the upcoming election to attack unions and cut workers’ pay. LISTEN>>>

On April 14, Britain’s government announced it was following Australia’s example by banishing refugees to offshore detention, this time in Rwanda. A week later, the new album from Irish band Fontaines D.C. reminded listeners that even fair-skinned immigrants from far closer to home aren’t welcome in Boris Johnson‘s Britain. Album opener “In ár gcroíthe go deo” is named after an Irish immigrant woman’s gravestone inscription that sparked a row in 2020. The Church of England ruled it must be accompanied by its English translation, “in our hearts forever”, to ensure the phrase was not mistaken as being political. But Fontaines D.C. don’t let Ireland off the hook, either, slamming “the gall of Fine Gael and the fail of Fianna Fáil” on the album. “It’s just shocking that the political parties, Fianna Fáil and Fine Gael, have gotten away with ignoring the signal for change,” they said. LISTEN>>>

On April 18, activists pointed out the absurdity of countries measuring their progress by gross domestic product, when such figures are boosted by the likes of Russia’s war on Ukraine. Four days later, British reggae-punks Bob Vylan released their new album, which contains the song “GDP”. On it, they rap: “Yeah, the BBC are talking ’bout the GDP. That means fuck all to me. I gotta eat. You know I gotta eat, right? … Cash rules everything around me that matters. So the purse strings are tighter than Thatcher’s.” The record covers almost as many different musical genres as it does political topics, from racism and colonialism to inflation and surveillance. Discussing it, singer Bobby Vylan said: “Money is a tool. It’s neither good nor bad. Unfortunately, there are some people that are using it for evil and to keep other people down.” LISTEN>>>

7. ATTILA THE STOCKBROKER – THE BALLAD OF AIRSTRIP ONE (THE LOST TRACKS ALBUM)

Backing people who are using money for evil, politicians passed a bill on April 1 to impose a punishment of two years’ jail and/or a $22,000 fine on anyone obstructing any bridge or tunnel in Greater Sydney. The move came after protesters temporarily disrupted traffic and commerce to call for greater action on climate change, sparking outrage in the Murdoch media. Summing up the hysteria was the new Rupert Murdoch-baiting album from veteran British protest musician Attila The Stockbroker. On it, he sneers: “We all eat babies and we’re commies too. And we’ve all got AIDS and we’ll give it to you. With scaly tails and horns and hooves, we undermine everything that moves… If your telly goes wrong or your car won’t start, you can bet your life that we played our part. If your team doesn’t win or you miss the bus, then 10 to one it was down to us.” LISTEN>>>

On April 10, Israeli forces killed two Palestinians, including an unarmed woman, getting barely a mention in the Murdoch media. Two days earlier, Attila The Stockbroker’s fellow veteran protest singer Serj Tankian released an apt new live album. On it, you can hear the frontperson for hugely popular protest band System Of A Down perform his solo material at an English festival. “I notice there’s an Israeli flag, a bunch of flags, I notice there’s a Lebanese flag over there,” he tells the crowd. “I want the person holding the Lebanese flag and the person holding the Israeli flag to come together in the middle.” When they do, he screams, “It’s that fucking easy,” then launches into a blistering rendition of “Praise The Lord And Pass The Ammunition”. The album came as Australia’s religious PM, Scott Morrison, promoted arms exports as his government told the country to prepare for war. LISTEN>>>

On April 16, Morrison defied calls from within his own party to disendorse their controversial election candidate, Katherine Deves, for condemning trans people. A week earlier, Louis La Roche told media about his support for such people on his new album. The British disco maestro, who has supported Kylie Minogue on her arena tours, said: “The track ‘Gender Dysphoria’ is taken from a video of a transgender girl talking about what it feels like to be in that position and I was inspired to write a song around her words.” On it, she says: “It’s like trying to solve a jigsaw puzzle when half the pieces are from a different puzzle. It’s just like, it just doesn’t feel like it fits. So many people just don’t understand. Hug your trans friends, they need it. I wish people were more compassionate towards things that they didn’t understand. We can’t keep going on like this. We deserve compassion.” LISTEN>>>

Compassion is also the name of the game on the new album from US teen sensations The Linda Lindas, released on April 8. The album of heavy, hooky songs closes with their viral hit, “Racist, Sexist Boy”. The song was inspired by a fellow school pupil who told them his father had warned him to stay away from Chinese people due to the coronavirus. It made them stars and now has them touring the world. “I hope the song empowers people who have been oppressed,” said Eloise, who sings the chorus of the song. Her bandmate Lucia added: “Don’t be racist or sexist, even if you’re not a boy. Don’t be homophobic, just don’t be a bad person.” Her sister, drummer Mila, concluded: “The song lets people know that they are not alone. We wanted to use our voice for people who don’t have one.” The record came as both sides of Australian politics spread Chinese phobia in the run-up to the election. LISTEN>>>

ABOUT THE AUTHOR: Mat Ward has been writing for Green Left since 2009. He also wrote the book Real Talk: Aboriginal Rappers Talk About Their Music And Country and makes political music. This month, on the same day that Australia’s Prime Minister, Scott “ScoMo” Morrison, launched his re-election campaign, Mat Ward released his election theme song, “ScoMo’s Got To Go”. Watch the video below. It’s taken from his new album based on protest chants, Why I Protest. You can download it free for a limited time.

Stream our new “Best protest songs of 2022” playlist on Spotify. This replaces the previous “Political albums” playlist, that was getting too big at more than 700 albums.

The multi-award-winning journalist John Pilger says: “There are few other newspapers — radical or any other kind — that draw together news and analysis that is as well informed, credible, and non-sectarian as Green Left. Its work has influenced mine and has been a beacon to those who believe the press ought to be an agent of the people.”

Download all of Mat Ward’s political music albums free for a limited time.

Join The Good Men Project as a Premium Member today.

All Premium Members get to view The Good Men Project with NO ADS.

Log in if you wish to renew an existing subscription.

By completing this registration form, you are also agreeing to our Terms of Service which can be found here.


Need more info? A complete list of benefits is here.

The post 10 New Albums That Stand up for Common People appeared first on The Good Men Project.